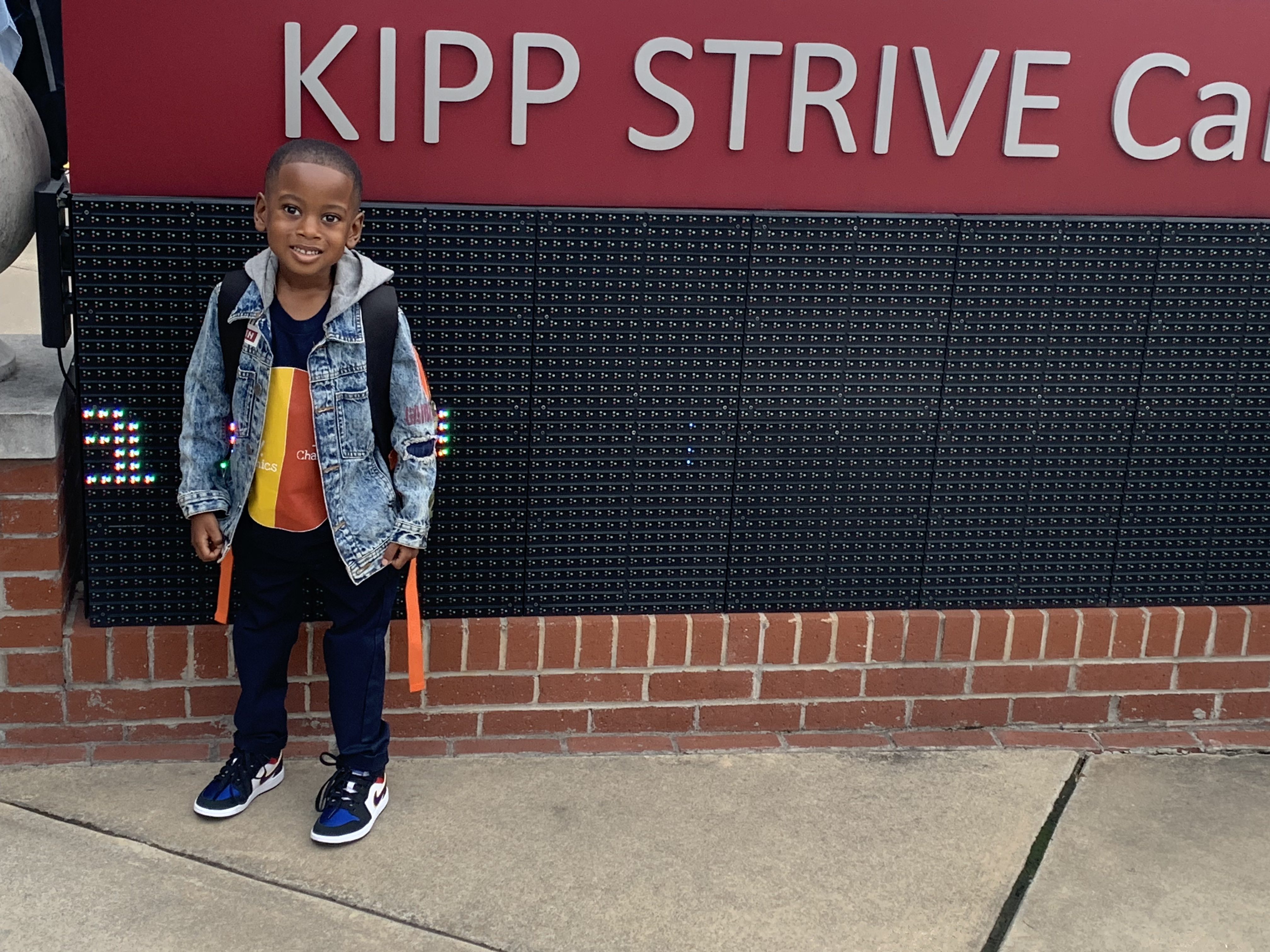 Well, Tyson has been in Kindergarten almost two months and I couldn’t be more proud of him. As you all know he and Jordyn have been at home with me since they were born. Tyreke and I felt it would be best for their health if they stayed at home and because I’m a former educator, I knew homeschooling wouldn’t be a problem.

Before school started Tyreke and I were pretty anxious about Tyson starting school. Not only were we concerned about all the new germs he would be exposed to, but we were really concerned about his teacher not recognizing certain triggers that could potentially throw him into a crisis. Needless to say we did a lot of praying and asking God to guide us through this process and to be with the teachers and administration at Tyson’s school. We chose to put him at the school my husband used to teach at because not only did we know a lot of the staff, we know they are amazing at loving and caring for the children.  We understood that with Tyson having Sickle Cell he needed to be in a school that wouldn’t mind going the extra mile.

About a week before school started we found out that they placed Tyson in a classroom with a teacher that has a daughter with Sickle Cell. I was so overwhelmed and appreciative that I burst into tears. For the administration to think about us enough to make sure he was with someone very familiar with the signs of pain and the many complications Sickle Cell can bring, was nothing but a blessing.

Tyson loves school and looks forward to going every day! He has had a very smooth transition from being homeschooled academically, however that has not been the case for him health wise. The very first day he came home with his hands hurting and it seems like there’s been a new pain crisis every week. He has even had to miss two days already, one from a low grade fever and one from a pain crisis. He is extremely tired all the time and he’s struggling getting adjusted to this new schedule. Heck, we all are. I’ve been trying to figure out what works best, trying new things and switching up our routine. And it seems, giving him a bath as soon as he gets home is helping with the germ issue. But now I’m trying to figure out what I can do about these crisis. I will say they aren’t nearly as painful as the ones he used to have and they only last a day if that. Also these last three weeks he hasn’t had any pain so hopefully the pain really was his body going through an adjustment period. I’d still love some advice, so if any of you have kids with Sickle Cell already in school I’d love to hear the things you all are doing to keep your children at their best health.